The earliest recorded use of needles inserted into specific points of the body to treat illness in China was in the first or second century BCE.  The oldest printed work on Chinese medical theory dates from the first century BCE.  A compilation of shorter texts from different medical lineages, this work is called The Yellow Emperor’s Inner Canon.  It is an important work because it brought seminal ideas like the yin yang and five phases theories to a mature synthesis.  The first work that focused on herbal medicine dates around 196-220 CE.  It combined yin yang and five phases theories with herbal medicine and grouped symptoms into clinically useful patterns.

TCM is based on Chinese philosophical principles that started to take shape about 3000 to 3500 years ago.  One of the most important principles used by TCM is the concept of yin yang.  The Yi Ching (The Book of Change) from around that time, for example, mentions yin and yang theory.  This work argues that everything is always in a state of change, and that change is inevitable.  Change depends on there being opposites to mutually inhibit or help each other so that there is balance in the world.  Yin and yang are these opposites.  Everything in this world is classified as being yin or yang.  Day (yang) must be balance by night (yin).  Man (yang) is balanced by woman (yin).  Yin and yang properties are also assigned to the body:  water metabolism is yin when compared to the mechanism that keeps our bodies warm, which is yang.

The concept of disease

While western medicine concerns itself with anatomical structures and microscopic chemical reactions, TCM focuses on the body’s functions like digestion and breathing.  In TCM, the principle players (henceforth called functional entities) in maintaining a healthy functioning body are the yin, yang, blood, the energy (qi), which travels in minute channels (also called meridians) in the body, the five yin organs, the six yang organs, and the meridians.  Disease and pain in TCM can be caused by an imbalance in the functional entities.  For example, a deficiency of the qi of the spleen can result in poor digestion and weakness in the muscles.

Disease also affects the functional entities mentioned above due to an invasion of the body’s surface by any or a combination of the six pathogenic factors.  These are cold, wind, dampness, dryness, heat, and summer heat.  Each of these pathogens can be identified by specific symptoms and signs expressed in the body.  For example, an invasion of cold will manifest as severe pain that is better when warmed with a heating pad, baths or warming liniments.  Lastly, disease can be brought on by an excess of emotions (including stress), excessive or poor eating habits, insufficient rest, and inappropriate habits.  These disrupt the functional entities.

Before any therapy can be administered, a doctor of oriental medicine must identify the source of the imbalance and discern how the patient has arrived at this point in their disease or pain.  Usually, one to several disease patterns emerge as the causative factors of all the symptoms a patient has.

Acupuncture
Acupuncture is the superficial insertion of needles into acupuncture points on the body.  The needles are solid stainless steel and are approximately twice the width of a human hair.  Acupuncture aims to correct imbalances of the functional entities.  Usually, after the first few needles are inserted, the patient will feel a sensation of relaxation come over them.

Acupuncture can be accompanied by moxa, electro-acupuncture, cupping, or scraping.  Moxa is the herb mugwort.  The herb is placed on top of a needle and lit on fire so that, as the herb burns, warmth is conducted by the needle into the body.  With electro-acupuncture, two or more needles are connected to an electrical stimulus with the goal of relaxing the muscles between the needles.  Cupping is the application of a cup on the skin, and a vacuum created within, to pull up on the skin underneath and to remove and dislodge stagnant blood and toxins from  the muscles.  Scraping is the scraping of a blunt tool across the skin to also free up stagnant blood and toxins.

Herbal medicine
The herbs used to make herbal medicinal formulas today are mostly derived from plants (flowers, seeds, twigs, bark, and roots, and minerals.  Animal parts are no longer used as herbs.  A formula usually contains 9-18 different herbs.  The herbs work together to enhance, balance, and temper each other’s properties.  Clincally, herbal medicine has been shown to be effective for a wide variety of diseases such as chronic headaches, anxiety, depression, indigestion, menstrual problems, infertility, pain, arthritis, gout, insomnia, and menopausal symptoms.

Tuina
TCM includes a type of massage similar to acupressure called tuina.  Tuina aims to enhance the circulation of qi and blood in an area in order to correct imbalances.  Tuina can include thumb presses, rubbing, percussion, or stretches.

Dietary Therapy
Nutritional therapy in TCM follows the same philosophical principles as Chinese medicine.  Food is divided into various energetic categories.  Some food is energetically hot in nature like garlic, onions, and chocolate.  These foods tend to warm the body and increase the metabolism.  Some foods are cold, like cucumber, melons, and citrus fruits.  These foods tend to cool the body and slow down metabolism.  In addition, some foods can create or worsen damp conditions in the body like fried foods, dairy, and sugar.  Foods are also given one or two tastes, and each taste is said to act on one of the principle organs.  For example, any food that is sour has an influence on the liver.

It is important to eat a balance diet because eating too much of a certain category of foods will throw the body into an imbalanced state.  If a patient has too much heat, cold, and/or dampness in their body, the doctor of oriental medicine will ask them to change their diets to reverse the condition.

Injection Therapy
Injection therapy is the injection of natural substances into the body in order to stimulate the body’s own repair mechanism to bring about real and lasting healing.  It can be used for such conditions as pain (headaches, migraines, whiplash, joint pain, sciatica, shingle pain, muscle or ligament injuries, and degenerative conditions), inflammatory conditions (tendinitis, bursitis, osteoarthritis), other conditions like fibromyalgia, or high blood pressure, and scars, and scar tissue.

Injection therapy is a bridge between natural medicine and mainstream medicine.  The same terminology as western medicine is used to describe disease.  The products used are tested for safety and reliability.  And sterile conditions are used at all times.  However, instead of injecting pain killers or corticosteroids which have many side effects and merely suppress symptoms, injection therapy uses natural substance like vitamins, minerals and homeopathics.  These have no major side effects and stimulate natural healing.

Medical injections may provide immediate improvement by suppressing symptoms.  Injection therapy is quite different in that it does not suppress pain or inflammation.  It targets healing and for this reason a patient will need a series of injections to have lasting results.

Injection therapy is a complementary technique to conventional therapy.  It can be used with western medicine. 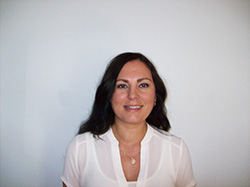 I am a licensed doctor of oriental medicine: I went to school at Southwest Acupuncture College in Santa Fe, NM. I was fortunate enough to study under some of the most gifted doctors of oriental medicine and western medical doctors in this field, both from China and the United States. With the guidance of these doctors, I began to understand the profound healing benefits of traditional Chinese medicine, nutritional healing and herbal medicine. Chinese medicine has a strong foundation that has stood the test of time. Acupuncture and herbal remedies have been around for thousands of years and the medicine itself is vast. I look forward to a lifetime of practice and study to become more knowledgable in helping as meany people as possible.

I was born and raised in Southwest Oklahoma, I grew up in a small farming community and my father is still a rancher back in Oklahoma. I value the things I learned growing up in a safe and easy lifestyle of the community. I moved to New Mexico in my early twenties to attend Highland University in Las Vegas, NM. I received my bachelor’s degree with a double major in History and anthropology. I went on to graduate school at Highlands for Southwest anthropology. Anthropology has been natural in alternative healing, even since I was a child. Realizing this, I decided to attend Southwest Acupuncture Collage in Santa Fe. I am married and have three awesome, beautiful children that are my ultimate treasures. 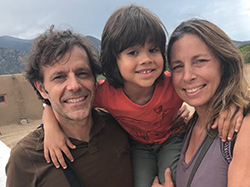 Dr. Hackler began his studies of Kototama Inochi Medicine in 1994, completing a 4,000-hour apprenticeship training program with Dr. Thomas Duckworth, and became licensed as a Doctor of Oriental Medicine (DOM) in 1999.  He is a third-generation practitioner, teacher, and lineage holder of Kototama Inochi Medicine, founded by Sensei Masahilo Nakazono.

Dr. Hackler has maintained a busy family practice, including pediatric care, for nearly 20 years.  He grew up in Santa Fe and completed his apprenticeship and early years of practice in Santa Fe and Albuquerque.  He then relocated to the Midwest, where he spent years practicing and teaching the medicine with his mentor, Dr. Thomas Duckworth, in St. Louis, MO.  In Missouri, he served as President, Vice President, and Secretary of the Acupuncture Association, and was also was appointed by the Governor to be a member of the Acupuncture Advisory Committee for the state.  In addition, for 18 years, Dr. Hackler was the Project Director for the Institute of American Acupuncture and Life Medicine (IAALM), a 501(c)3, not for profit organization, offering health care to the underserved community of the St. Louis region.  Dr. Hackler has also trained students through extensive apprenticeships who have become successfully licensed as Acupuncturists over the past 18 years.

Presently, Dr. Hackler is completing a specialty doctorate of Acupuncture and Oriental Medicine (DAOM) from AOMA Graduate School of Integrative Medicine, in Austin, TX.  The doctoral work has furthered Dr. Hackler’s knowledge of bio-medicine and assessments, as well as, advanced techniques and practices in Eastern Medicine.  His specialties include working with all types of chronic pain, autoimmune conditions, depression and anxiety, and symptoms and conditions that have arisen due to physical, sexual, and emotional trauma.  Dr. Hackler is also bilingual in English and Spanish.

Dr. Hackler is very happy to be back in his home city of Santa Fe with his wife, JennTara, and his son, Isaiah. 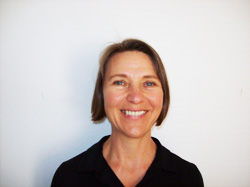 Vasanta Irina Lidanova is a board certified Doctor of Oriental Medicine in NM.  She attended Southwest Acupuncture College in 2011, and she then received her NM License.  Dr. Lidanova specializes in women’s health, hormonal health, PMS, menopause, infertility, weight loss, and insomnia. Vasanta incorporates supportive modalities in her treatments, including food as medicine, bodywork, the practice of yoga as therapy, and western and oriental herbal remedies.

Dr. Lidanova has studied the healing arts while practicing yoga for 25 years.  She became a yoga teacher in l995.  She has studied both Swedish and Thai massage in Thailand and Switzerland.  She had a yoga and massage studio famously called Yogassage in Tampa, Florida.

After graduating from the Ayurveda Institute in NM, taught by Dr. Lad in 2002, she traveled to Pune, India to pursue advance studies with Dr. Lad.

She is excited to work and offer her experience and services to the northern New Mexico community.